Techno at the End of the Future

Listen and subscribe to the podcast:
Apple Podcasts / Spotify / Stitcher

Around 1989, what were the promises of techno and its fictions? How are they significant today? And to whom? In two episodes, the podcast Techno at the End of the Future traces the connecting lines leading from Detroit to London and Berlin: from the futuristic sounds of the post-industrialized inner city to the “No Future” mindset before the fall of the Berlin Wall and rave euphoria in the UK to the relevance of today’s club culture.

In cooperation with the Camden Art Centre

This episode is led by DeForrest Brown, Jr., author of Assembling a Black Counter Culture, in conversation with Steve Goodman (a.k.a. Kode9, founder of Hyperdub) and Nkisi (co-founder of Non Worldwide). Collectively they discuss the migration of techno music from North America to Europe with an initial focus on the situated contexts of the dance music scene in London and across the U.K. during the early 1990s. With reference to techno’s spiritual and technological origins, evolution and relationship with the so-called Hardcore Continuum.

Episode 2 focuses on past, present and future of the Detroit-Berlin axis. By means of an interview collage, writer and Make Techno Black Again activist DeForrest Brown, Jr., Lerato Khathi alias Lakuti (founder of Uzuri Recordings and the Bring Down the Walls initiative), Boris Dolinski (resident DJ at Berghain) and Mark Ernestus (musician and founder of the Hard Wax record store) explore how the rapid growth of club culture in Germany after 1989 relates to techno’s origins in the Black neighbourhoods of Detroit.

Narration by Christine Kakaire, directed and produced by Julia Vorkefeld, script and concept by Arno Raffeiner 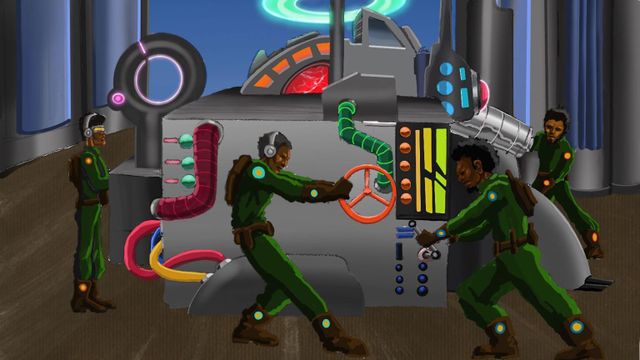